On September 19, the Chinese women's volleyball team swept Japan 3-0 in the fifth match of the World Cup, winning five consecutive victories. After the victory over Japan, the bad news came from the Chinese women's volleyball team: Zhu Ting, the top scorer, was seriously injured. If not handled properly, it will bring hidden dangers to the subsequent fight against the United States.

Zhu Ting's wrist has been injured for a long time. Before going to the World Cup, she wore thick armor on her wrists. After coming to Japan, in addition to the second truce against Cameroon, Zhu Ting played all four games in the first round and scored the highest 22 points against Korea and Russia. Continuous battles aggravated her injuries. As soon as the war between China and Japan ended, Zhu Ting lay down on the sideline and received medical treatment from the team. 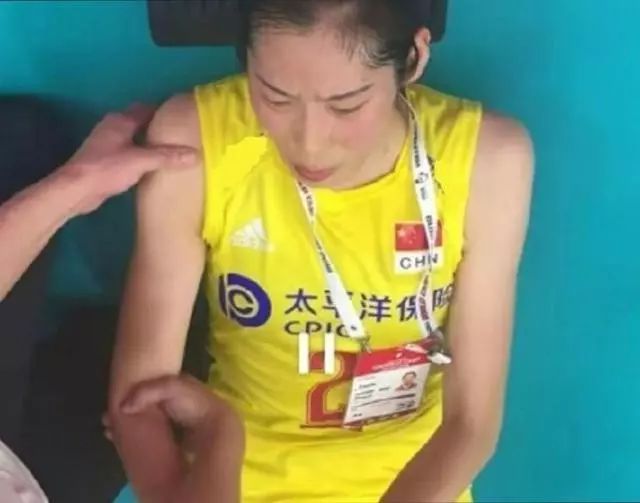 In the course of treatment, it can be seen that Zhu Ting's expression is painful. Zhu Ting said: I feel numb hands! Obviously, the fans only saw Zhu Ting's killings on the court one after another, but they did not know that she might suffer tremendous pain every time.

Zhu Ting is the leader of the women's volleyball team